Studies suggest that showing others you genuinely care about them will not only bring you many friends, but also a promotion at work. Psychologists say that likable people are more likely to have a successful career and that is not a coincidence. Friendliness along with confidence makes us more attractive, which in turn makes others drawn to us.

1. When offered with coffee or tea, ask for water. 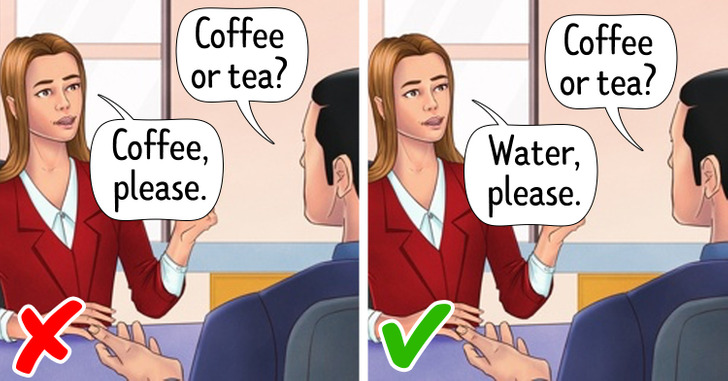 Before the start of a job interview, you will probably be offered coffee or tea. Even if you strive for a sip of hot beverage, remember: you are on a job interview, not in a café. Somebody would have to run to the kitchen for your order, and waiting for it would create an awkward silence.

Instead, ask for a glass of water. Not only it will refresh you, but you won’t be bothering people which always makes a good impression.

2. Nod while people talk to you. 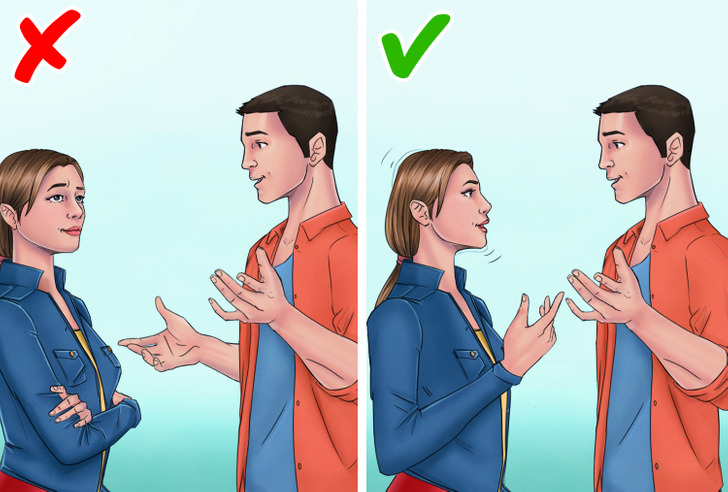 Nodding while people talk is a good habit as it shows them you are engaged in a conversation. When you nod your head in agreement, your interlocutor will know you are paying attention to what they’re saying. However, be careful not to overdo it: nodding too much indicates an insecure person who tries to agree with everything.

3. Ask people for their opinion. 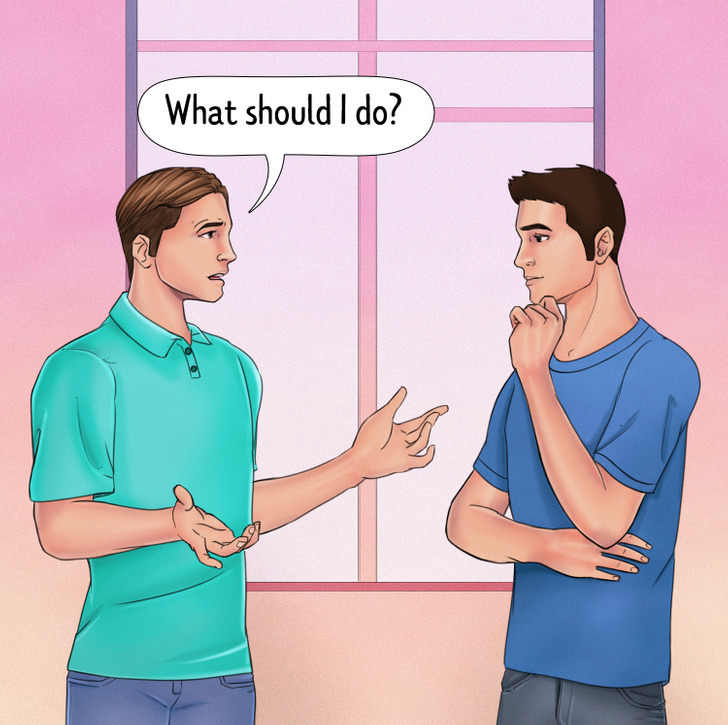 Most of us hesitate to ask people for their opinion or advice because of the fear we’re bothering them. What we forget is that people love to feel appreciated. By asking for advice, you will show them you value their opinion. Since people are generally drawn to others who think highly of them, chances are they will also think the same of you.

4. Instead of telling people you have leftovers for them, tell them you made extra. 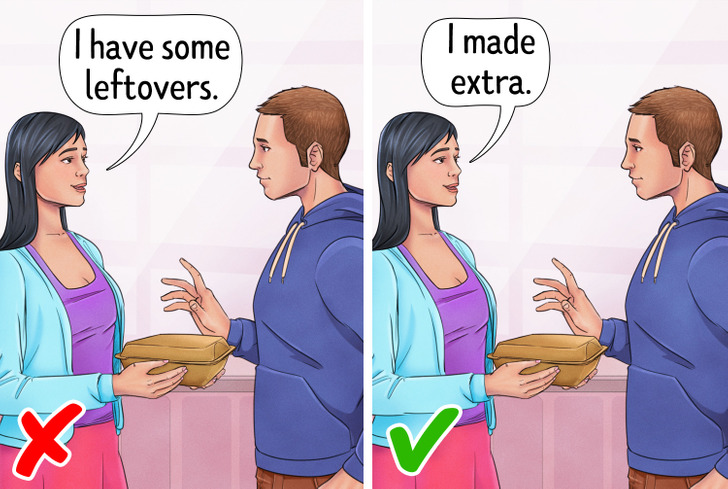 Our choice of words is a huge part of how others perceive us and how they feel around us. If you’re offering your friends something you cooked before, don’t tell them they can try leftovers. It will make them feel like you are just looking for a way to get rid of leftover food, so you don’t have to throw it away. On the contrary, saying you made extra food would sound much better as well as leave an impression of you as a caring person. 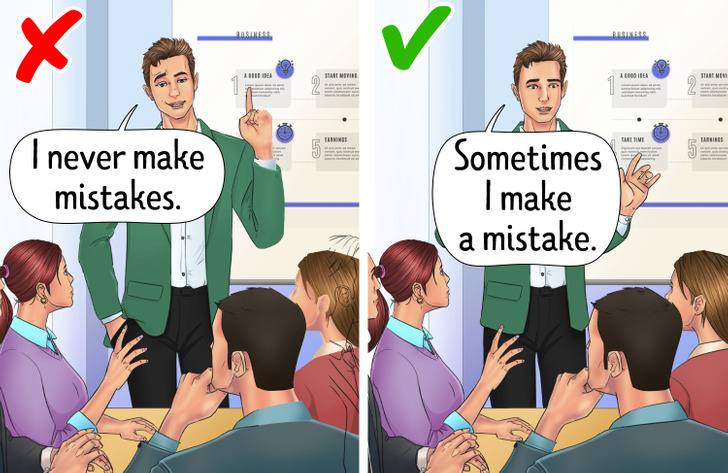 Nobody is perfect, so there is no point in pretending to be flawless. Neglecting one’s flaws is a feature of insecure people. Therefore, if you don’t want to appear unsure about yourself, don’t be afraid of making mistakes.

People who reveal their imperfections are seen as more honest, which is a sign of high confidence. In addition, others will find you more likeable and appealing as they will be able to relate to you instead of seeing you as a threat.

6. When bringing a dish for a group of people, put a list of ingredients in a visible place. 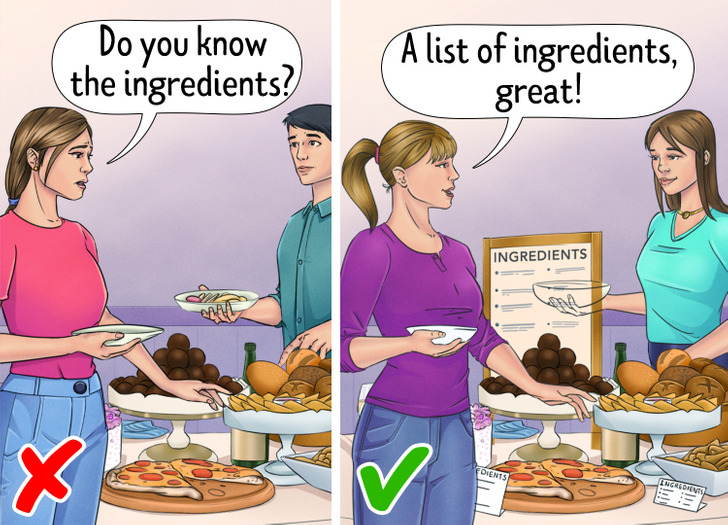 At one point in your life, you’ll probably be attending a party or a celebration where everyone should bring something to eat. If you’re not well-informed about other people at the event (e.g. coworkers), write down a list of ingredients on paper and put it on a food container. That way, people with allergies, food sensitivities, or dietary restrictions will know what they’re eating without having to worry if the meal contains something they shouldn’t be eating. 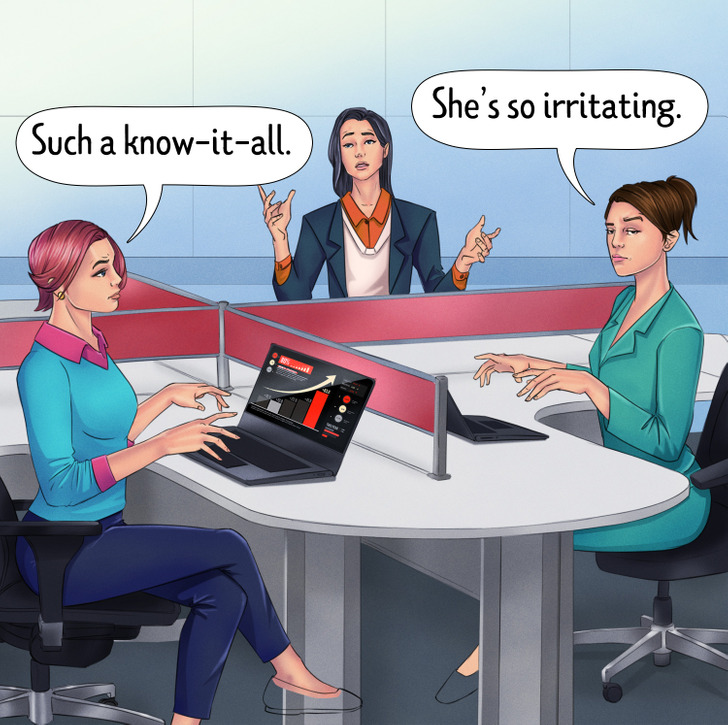 Talking to people who behave like they know everything can be quite frustrating. You probably think that acting like a know-it-all will leave other people captivated by your wisdom, when in reality, it will only make them roll their eyes. An urge to demonstrate everything you know indicates that you are showing off  in order to hide your insecurities.

More importantly, those who have all the answers are usually perceived as manipulative and threatening, which can’t be attractive.

8. When people tell you they like something, write it down so you can buy them later. 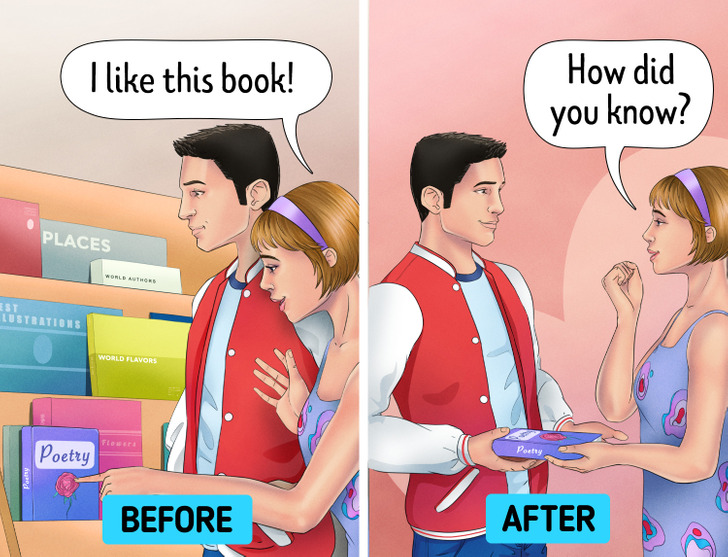 Buying gifts can be a stressful experience for many of us, as we often lack original ideas for presents. However, listening to people’s hobbies and wishes would ease that. The secret of being a good gift-giver is paying attention to people around you. When a person you care about mentions something they like or need, write it down and next time you’re buying them a present, you’ll know exactly what to look for.

9. If your loved one has phone anxiety, start scheduling calls with them. 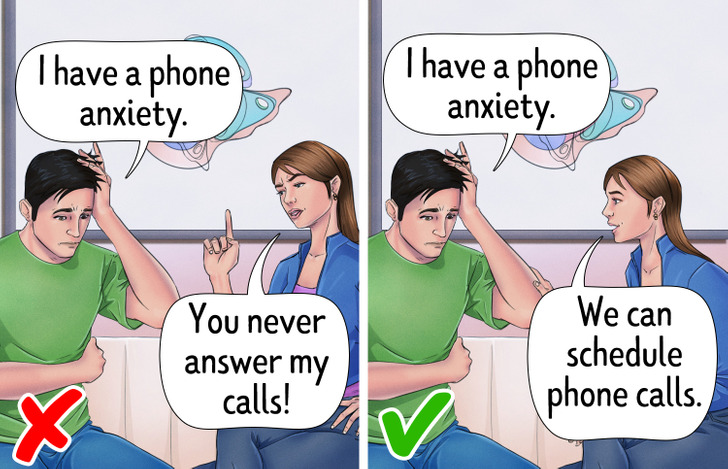 Phone anxiety is common among people with social anxiety. For them, making or receiving calls can cause unease and pressure. Because of that, they’ll do everything to avoid answering a phone call or delay making one.

If you notice that your loved one is showing this behavior, don’t assume they don’t care about you. Instead, start scheduling calls with that person — it’ll make it a less stressful experience.