9 Common Phrases That Can Get You Into Trouble

Most of us have gotten into situations where our words came off wrong, different from what was originally intended. This article provides you with tips on what phrases are best to be avoided, so your words never get interpreted as harsh or unprofessional. Even the most unpleasant situation can be turned around in your favor with the right choice of wording. 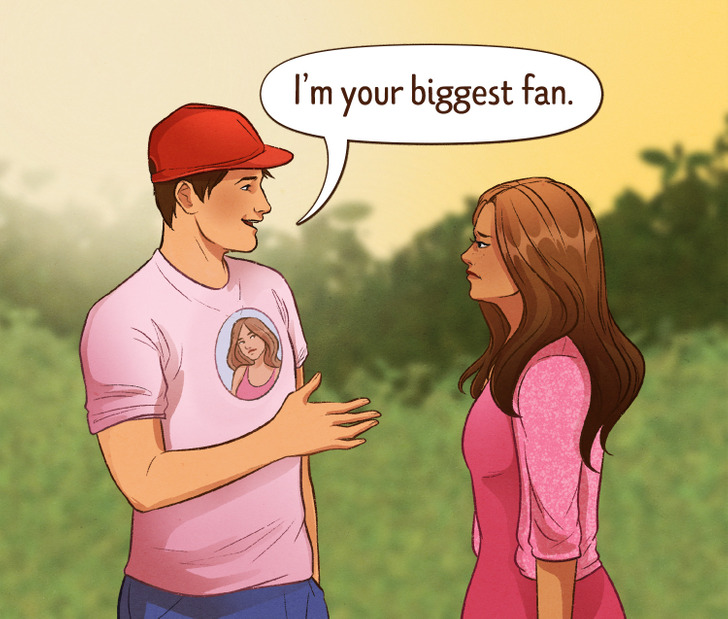 Saying that you’re a huge fan of someone, particularly a celebrity, can make you sound somewhat naive. It comes across as you’re idolizing a person, putting them on a pedestal, when they are just a human being like everyone else. 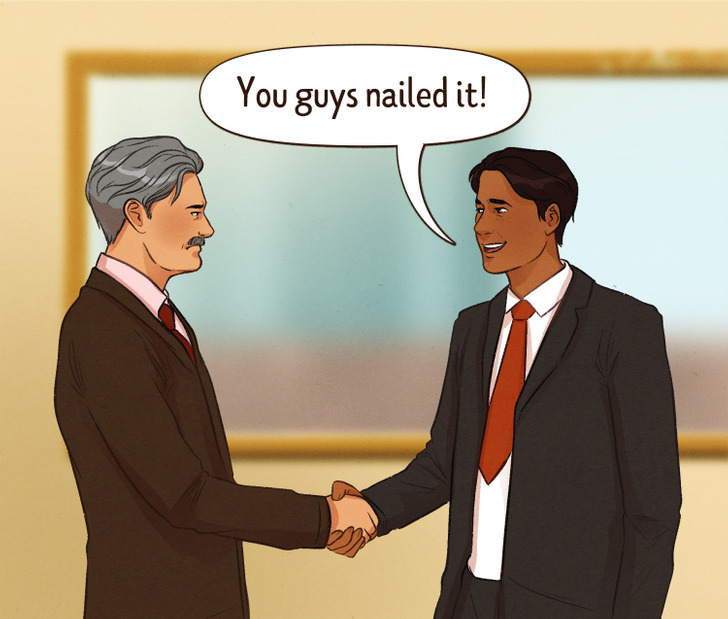 This phrase sounds way too informal for a work environment and other situations where formality is required. It is important for a lot of companies to keep the boundaries between the workers professional, so it is better to refer to fellow employees as “team” or “colleagues.” 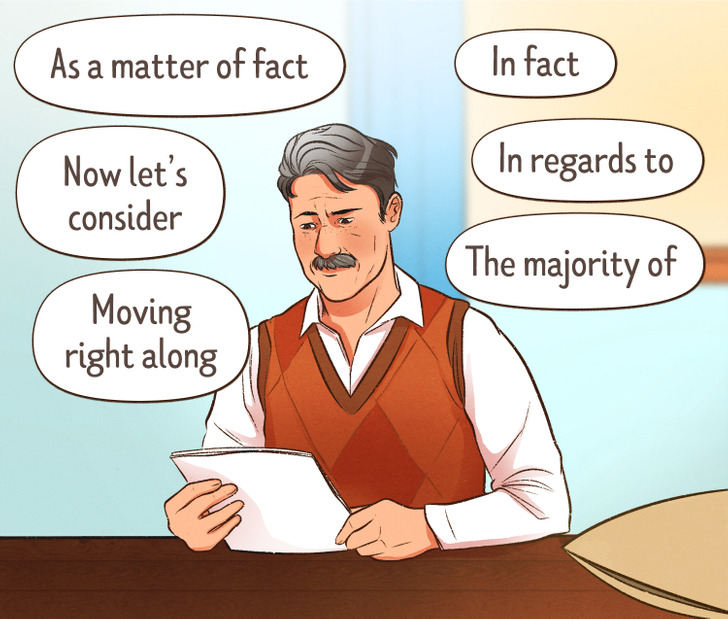 Most complicated words or longer phrases have a simple synonym that is more commonly used. For example, “as a matter of fact” can be replaced with “actually,” and the replacement sounds way better in writing, as using filler or complicated words will make your point less clear. If anything, using big words will make you lose your credibility in your readers’ eyes rather than make you sound smart. 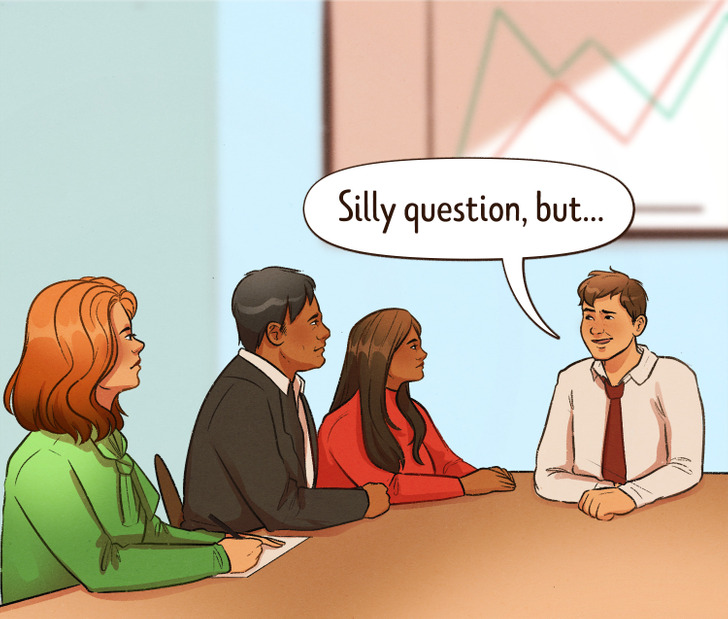 Self-proclaiming your own lack of knowledge ultimately does not help you look better in anybody’s eyes — on the contrary, you may come off as a person who lacks confidence. We are all people with different experiences, so it’s okay to not know something and ask a question about it — that’s how you get more knowledge, after all. So instead, just go for the question. 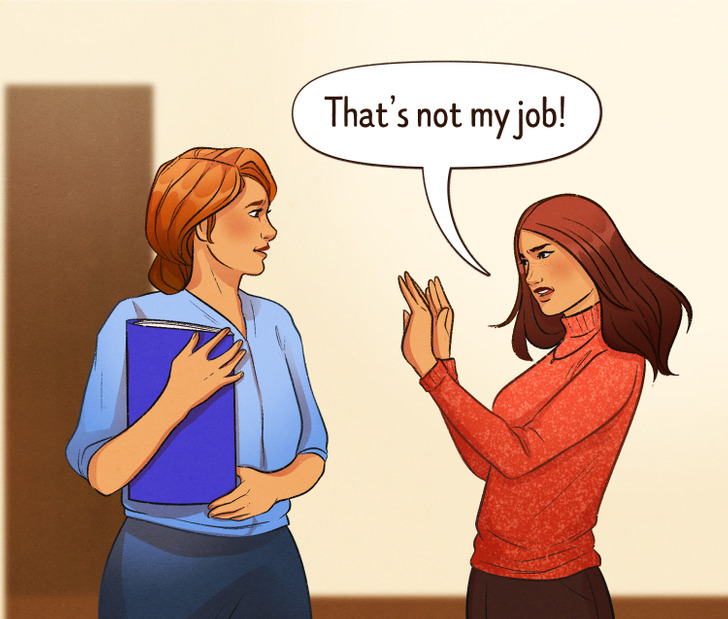 If you are capable of doing something, yet you refuse to because it doesn’t match your job description, you may miss out on a potential promotion. We are not saying to let people take advantage of your skills unpaid, but doing tasks outside your job description may help you negotiate a promotion with your boss by showing them great results, or it may help you take on more interesting responsibilities while removing the ones you don’t particularly like doing. 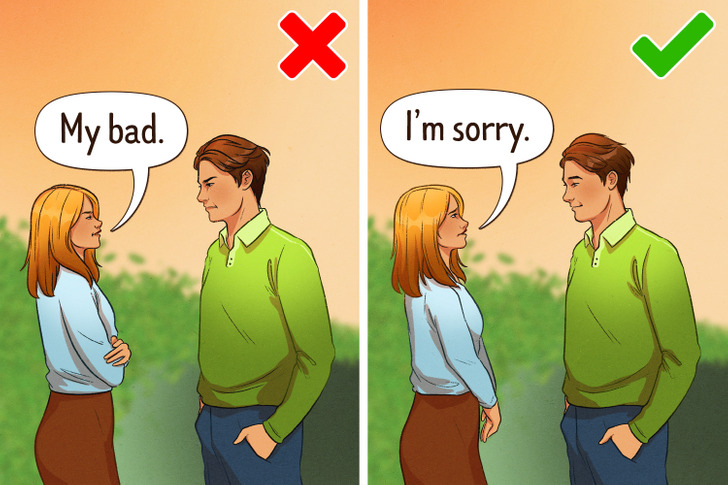 If you are at fault for something, it is better to apologize to the person straightforwardly by saying, “I’m sorry.” In cases of saying “oops” or “my bad,” it may not seem like you are genuine with your apology. In fact, it comes across as you not being able to take responsibility for your actions, even if you didn’t mean it like that. 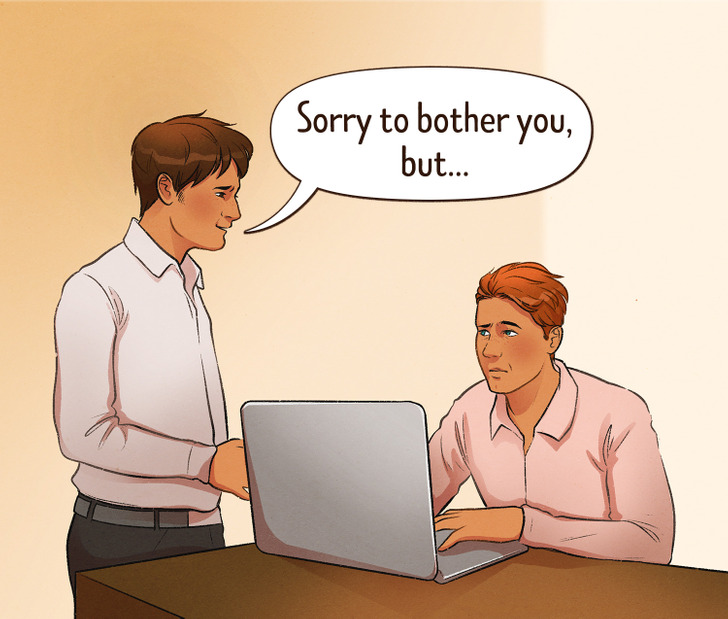 In a professional environment, there is no “bother” when it comes to responsibilities relating to a person’s job. Saying this phrase allows your colleagues to have control over you or your request and the grounds to turn down helping you by disregarding it as a bother. If you see that a person is busy, it is better to say that you have a request for them when they have more time than to say this phrase. 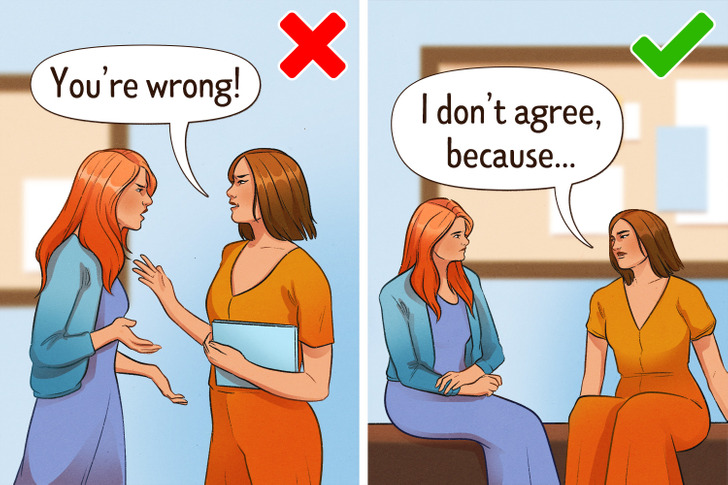 This phrase sounds highly rude in a formal environment. If you have a disagreement with a colleague, it’s important to remember that you both are professionals, so to blatantly say that someone is wrong means that you’re undermining their knowledge and professionalism. It is better to say that you disagree with someone and give your reasons for it, so you can have a civil discussion on the matter. 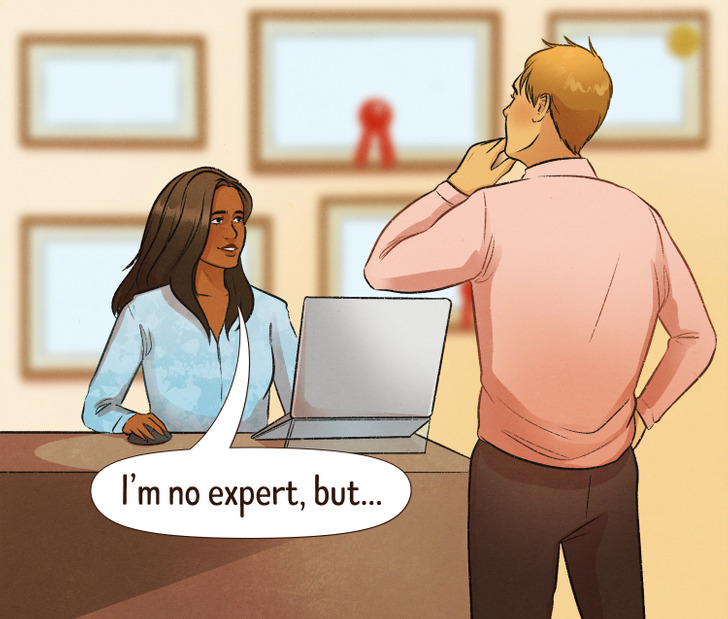 There are several problems when it comes to this phrase. Firstly, you don’t want to undermine yourself or your idea by proclaiming that you are not an expert. When presenting a new thought, it is better to appear confident.

Secondly, should your idea not work out, it is immature to be unable to take responsibility by saying that “you are no expert.” It will look way better if you apologize for a situation you created and move on.