Regardless of the conversation, people can’t always control the message their body conveys. Understanding the basics of body language can help you identify the red flags before you put your time and effort into a person. What’s more important is to distinguish between shyness and dishonesty when reading body language. This is a great way to find out if Miranda next door is really as sweet as she pretends to be.

1. They avoid eye contact or rub their eyes so they don’t look too suspicious. 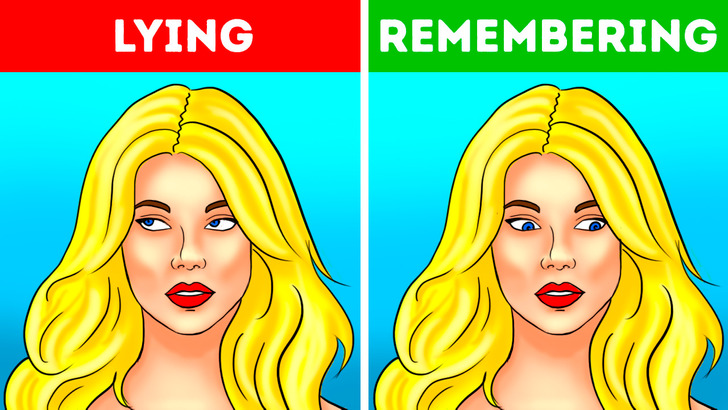 Shifting eyes aren’t always a sign that someone is lying. But if you notice the person is constantly looking away from you (often to the top left or right corners of their eyes), they might be lying. However, don’t confuse looking down with looking sideways. People usually look down when they’re trying to remember something. You can ask follow-up questions and ask them to reverse their story to find out if they’re lying.

Most people are aware of this technique and try to avoid eye contact in the first place. For example, most experienced poker players rub their eyes during tricks to create natural movements. Healthy eye contact periodically wanders in different directions during a conversation, along with expressions to respond to the information.

2. They are always on the phone to avoid confrontation. 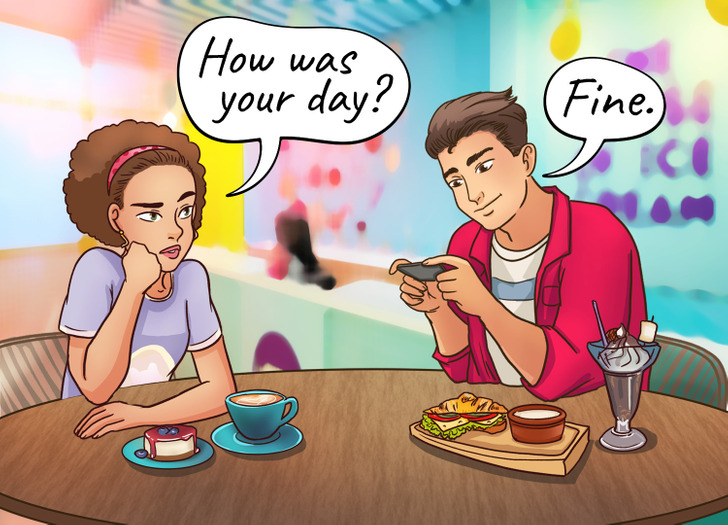 If you see someone’s eyes glued to their screen all day, this could indicate that they have a fear of confrontation or worry that texts from another person might appear at any time. It can be concerning if your partner or friend suddenly forms this habit. For example, if they struggle to hold a conversation during meal times and spend their time constantly looking for notifications, try to keep an eye on what they’re doing and confront them if needed.

3. They tend to lean away from you during conversations. 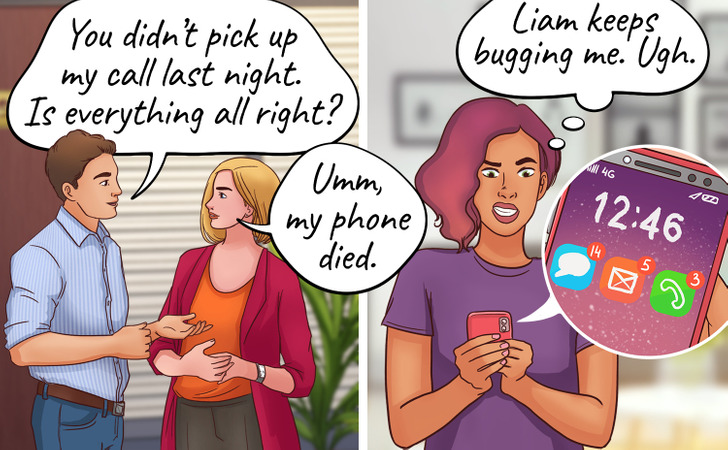 In general, people or couples tend to lean toward each other through their bodies, feet, or heads during conversations. If you notice a change in their gestures and the way they respond to your questions, it may be a sign that they’re hiding something. Sometimes this leaning away  can also be virtual, where you have to wait for over 6 hours to get a reply from them. People may use this technique to distance themselves from you.

This can also mean that someone isn’t really interested in the conversation and would prefer to be somewhere else. In this situation, try to avoid pushing the conversation too hard on them and accept that this person is not worth your time.

4. Blinking rapidly may indicate their discomfort. 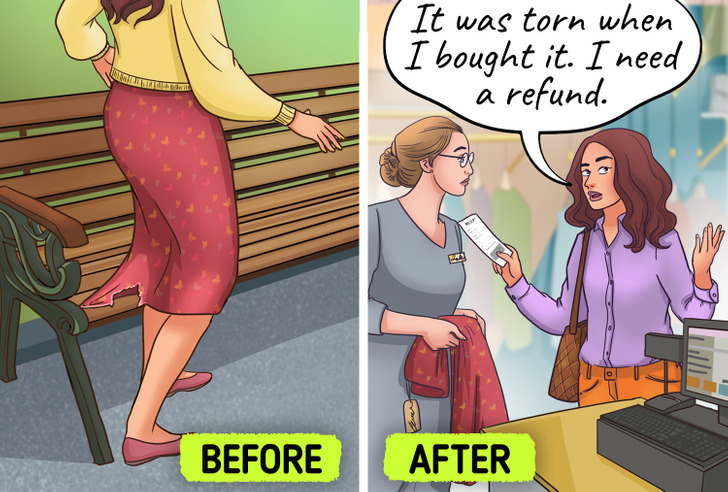 Blinking is natural. But pay attention to abnormal blinking, where someone is blinking way too much or too little. Infrequent blinking indicates the person is trying to pretend to be someone they aren’t. Whether it’s fake interest in the conversation or lying, look out for this behavior when you’re conversing with others. For example, an experienced magician may blink slower than normal to pretend to act natural about the next magic trick.

5. They have their arms and legs crossed to draw attention away from them. 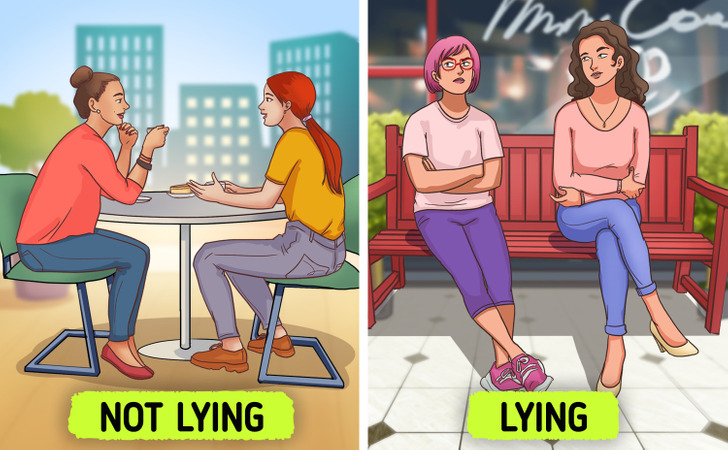 55% of our conversation is nonverbal, and arms and legs happen to be a big part of it. Crossing arms can signify defensiveness or self-protection, while crossing legs can indicate discomfort with someone. Subtle signs like over-expanding arms may also make a person appear more manipulative and commanding.

People often unintentionally use this body language to draw attention away from themselves. As for verbal contact, they avoid talking about themselves and manage to flip every question back toward you.

6. They over-gesture with their hands. 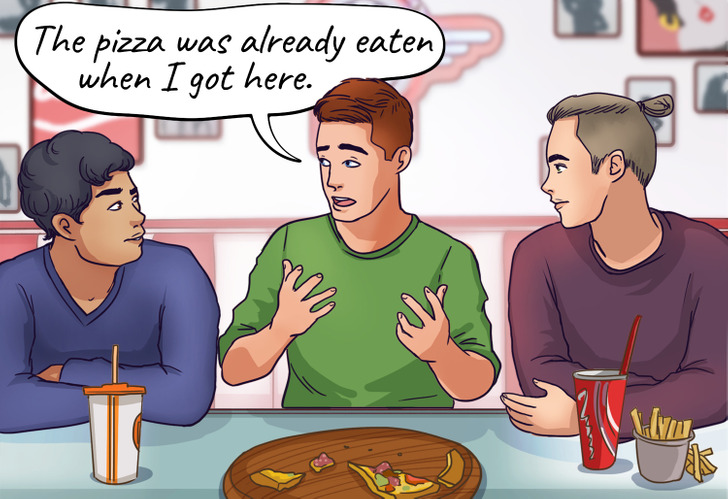 Using hand gestures is good when you’re talking to people. It helps people emphasize their key points and keeps others engaged in the conversation. However, just like everything else, hand gestures are OK when done in moderation. In fact, research conducted in 2015 revealed that people who gesture using both hands are likely to be liars. The overuse of hand gestures makes a person less believable and frantic. This is also true when their gestures don’t align with their words and may give the impression that they don’t know what they’re saying.

You can detect healthy gestures by noticing the position of their hands. Ideally, their hands should be at their waist level and used in controlled moments. Hand gestures also slow down when people pause during their conversation.

7. Their voice cracks while they’re talking to you. 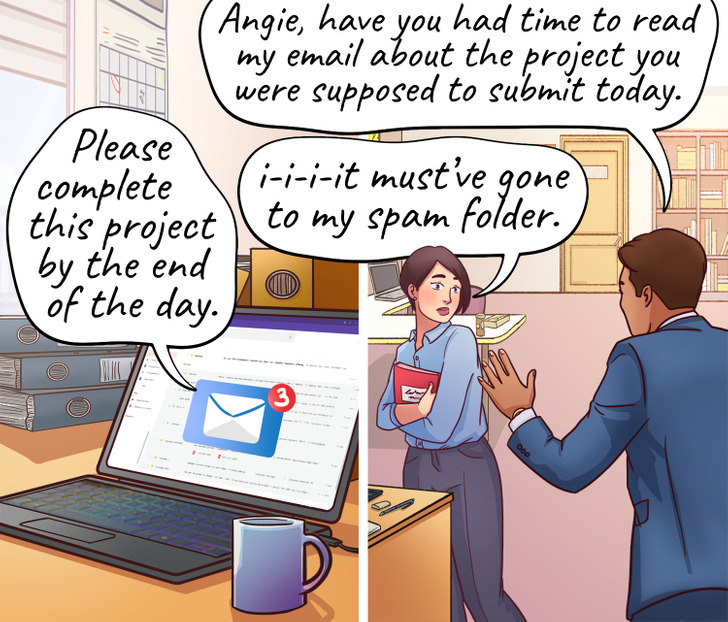 Pay attention to voice changes during conversations. Liars often switch between normal voices to a higher pitch than honest people. Although high pitched tone or the crackling of the voice doesn’t guarantee they’re lying, a high-pitched voice coupled with other body language red flags can help you decide whether you should trust someone.