12 Life Decisions That Deserve to Be Praised, not Shamed

As we grow older, we learn certain social norms that limit us over the years. This could make some “non-adult” things — like getting a college degree, remaining single, or starting a new project as an adult — seem strange to some. But times change, needs evolve, and nothing stays the same forever, so it’s time to start thinking of these things as something natural, regardless of a person’s age. 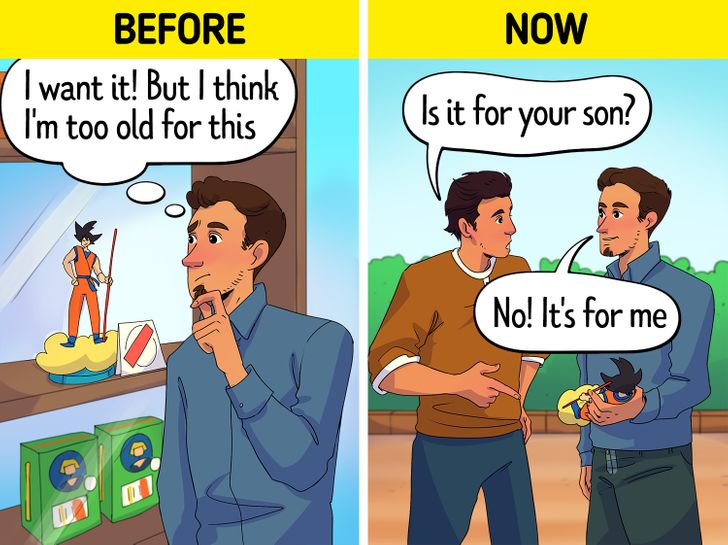 Gone are the days when we perceived adults as rigid and serious people whose purpose in life was to work and have a family. This is due to a global phenomenon known as kidults  — adults who like to entertain themselves with activities considered “childish,” such as reading comics, buying toys, or watching cartoons.

Having a hobby is not a bad thing. We all need some entertainment to relieve stress and take care of our health. So there’s nothing wrong with being a talented and recognized manager in your company and enjoying a Dragon Ball marathon after work at the same time.

2. Studying as an adult 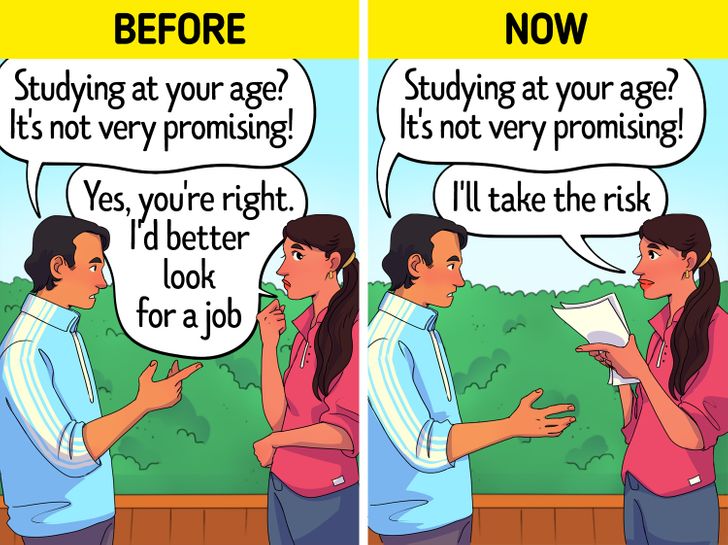 Some people think it’s counterproductive to get an education after turning 30 for fear of “not getting a job”. However, there are many benefits  to it, such as having more autonomy while studying and greater independence compared to young people.

Although some believe that getting an education is exclusively for young people, many adults want to study when they are older for different reasons. It could be to help them get a better job or simply to improve themselves. Others want to avoid professional stagnation by acquiring new knowledge or show their families they are also capable of achieving their dreams.

3. Being single or choosing to be single 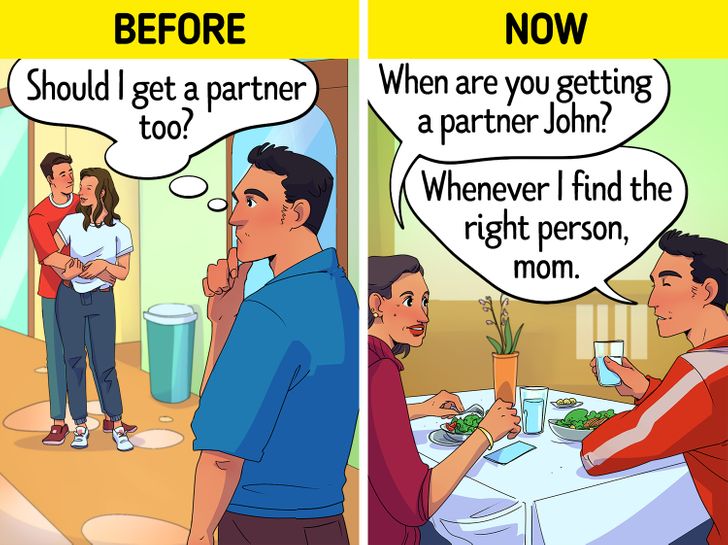 Many people believe that everyone’s main goal is to find a partner and start a family. That might be why they think that single people are unhappy because they don’t have a significant other by their side and that, deep down, they are lying to themselves by saying that they “enjoy their singleness.”

However, there is a big difference between being alone and feeling lonely. A person who “is alone” does not necessarily feel lonely; on the other hand, someone may have a partner but feel as if he or she is “absent.” Being single can also be a personal decision and is not necessarily due to the inability to find a partner.

4. Having a simple wedding or getting married in secret 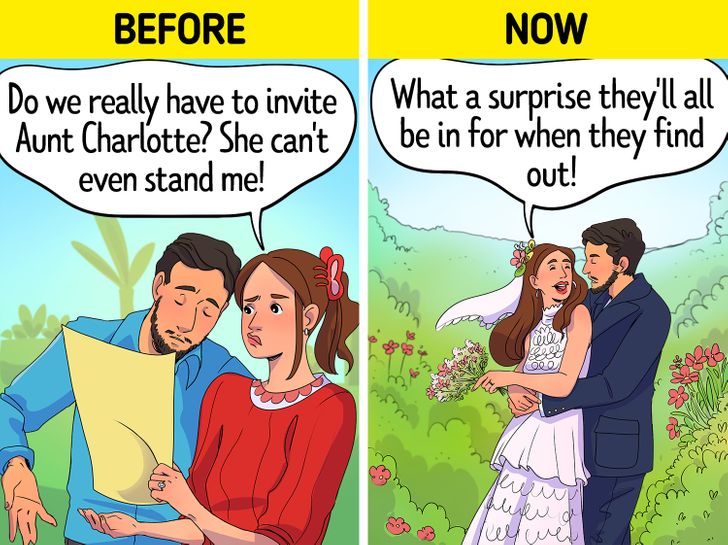 There are many ways to celebrate a wedding without breaking the bank. One of them is to organize a ceremony at home where, in addition to the legal formalities, we can also invite our closest friends and relatives to celebrate with us.

And for those who aren’t partial to parties, there’s also the option of secret weddings. In this case, the couple decides to formalize their relationship without inviting any family or friends, so the preparations for the event are minimal. There’s nothing wrong with wanting a little privacy — especially on that special day — with the love of your life. 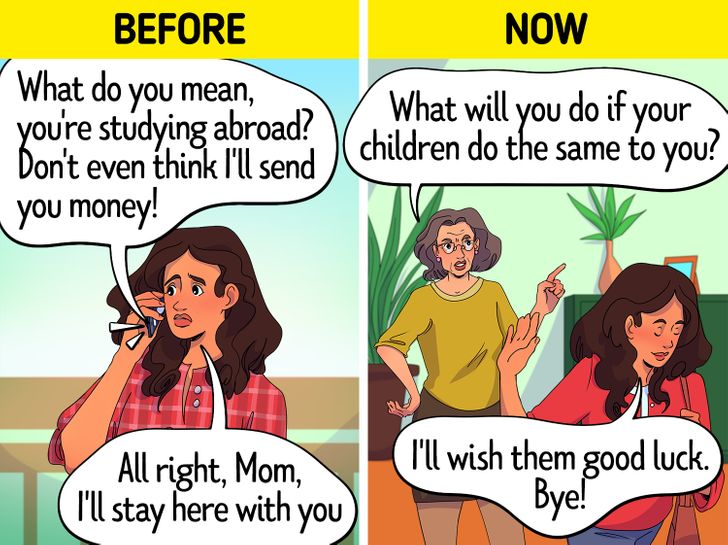 It’s true that we can’t choose our relatives, but we can decide what kind of relationship to have with them. The problem arises when a family member has toxic attitudes, making coexistence difficult. The healthiest thing to do is to try to talk about these harmful attitudes and, in extreme cases, to avoid that person.

6. Not being up to date with social media 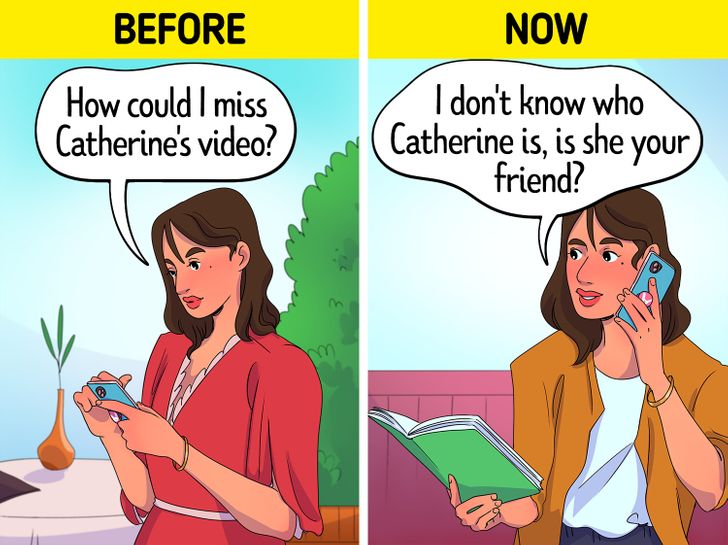 Yes, social media can help us keep in touch with friends or distant relatives, advertise a product or service, and even share knowledge. But there’s another side to the coin, such as dependence and loss of privacy. Reducing our time on social media platforms can be very healthy and help us put our time to better use.

7. Not putting up with disrespectful customers 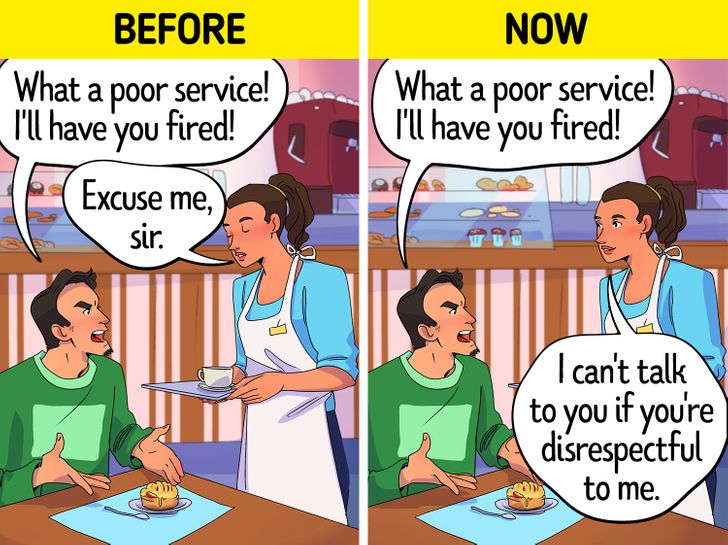 Working in customer service can be exhausting, especially if we come across rude and pretentious clients who want to take it out on strangers. We must know how to deal with these types of people and not hesitate to ask them for respect if they reflect hostile and aggressive behaviors towards us. 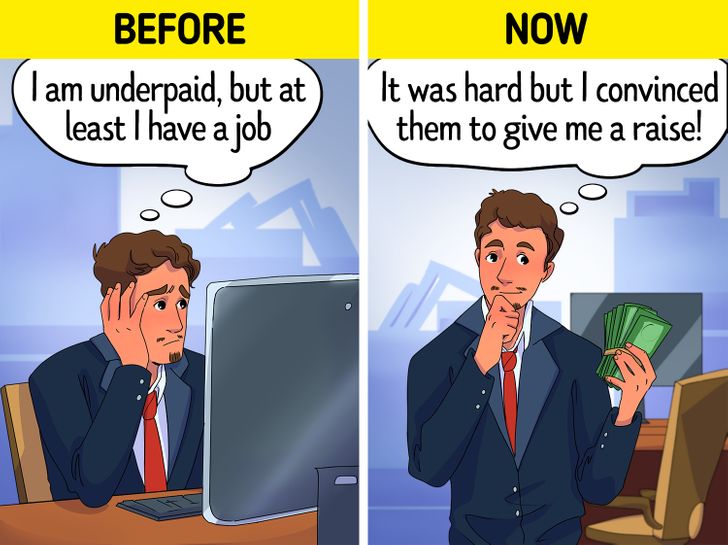 One of the most challenging things to discuss during a job interview is the salary. Many see it as a losing battle, but in reality, every person who values their skills and talents has the right to know it. Ideally, we should use the right words when negotiating a salary to help us get the best results. Being capable of reaching an agreement on the job can even make a good impression on the interviewer. 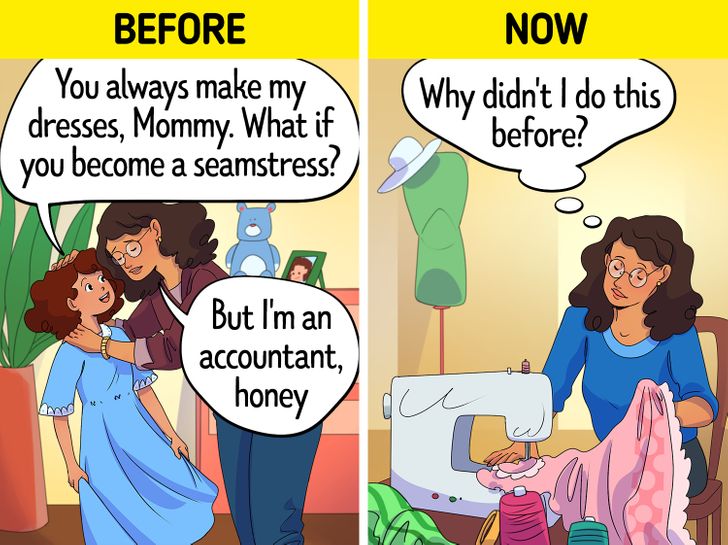 Just as there’s nothing wrong with getting a degree when we’re older, there’s nothing wrong with changing careers at a certain age. Many people tend to study something that does not make them happy when they’re young, mostly due to a lack of support, motivation, or information to guide them. In this case, the best thing to do is have a clear idea of why we want to change careers, work as volunteers, or look into the benefits offered by the industry we want to try ourselves in.

10. Refusing to have our pregnant belly touched 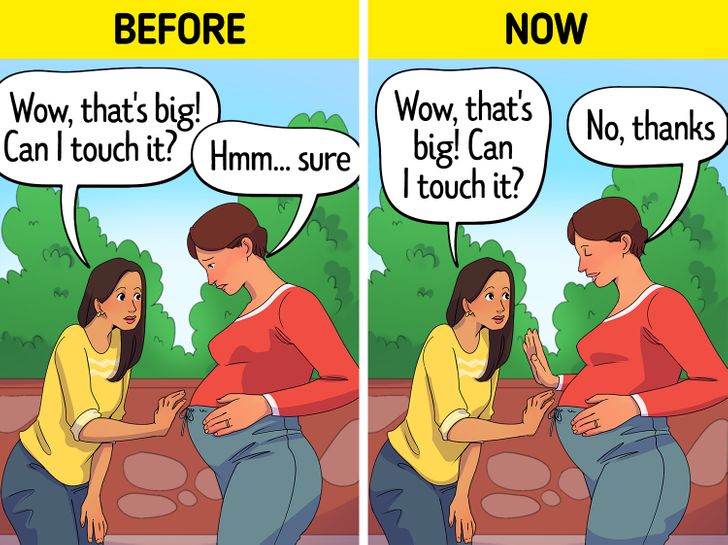 Many people don’t think twice before touching  a pregnant woman’s belly and sometimes even believe they have the right to do so. But some women may feel uncomfortable (since it could be considered an invasion of privacy), and touching their bellies could cause them stress. It’s okay to set boundaries, especially if the person trying to touch you is someone you don’t really trust or know well.

11. Splitting the bill on a date 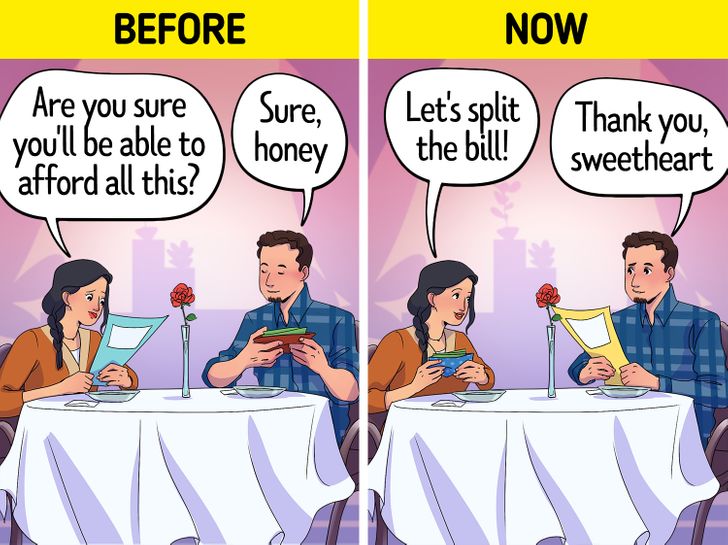 Whether it’s because of etiquette or social imposition, some people tend to appreciate when a man pays the bill on a date. But things have changed, and it’s increasingly common for women to pay their share or even the whole bill. A couple works as a team, so it’s better to talk about each other’s income and share expenses without caring about what others think.

12. Starting a new business or project in adulthood 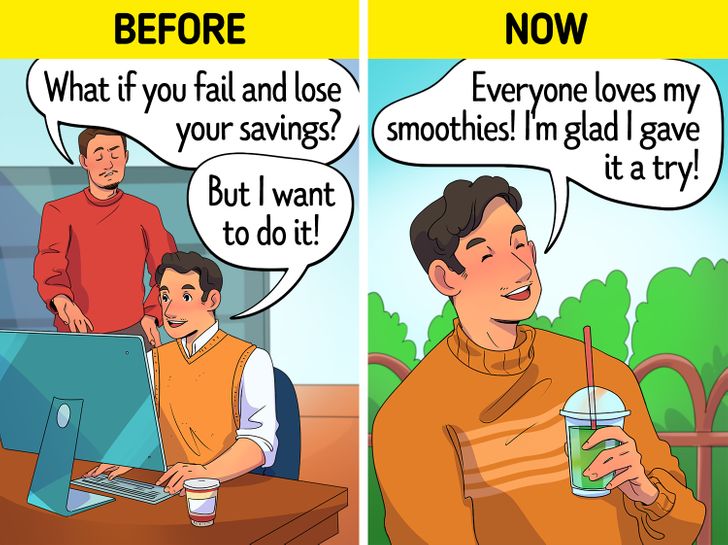 Life does not end at 50, as many people think, so there’s nothing wrong with developing a new life project, such as learning a new trade or starting a new business. Many times, people find their true passion or vocation as adults or even end up postponing certain projects while waiting for their children to grow up and follow their own dreams. It’s never too late to start over.