10 Witty Responses to Rude Comments That Can Make an Impression

Almost all of us have experienced rude remarks, backhanded compliments, offensive jokes, and even overt insults. These situations leave us feeling uncomfortable and wondering which response is right. The good news is there are many ways to stand up for yourself without coming off as offensive or aggressive, and without letting their words get under your skin.

1. Answer with a question. 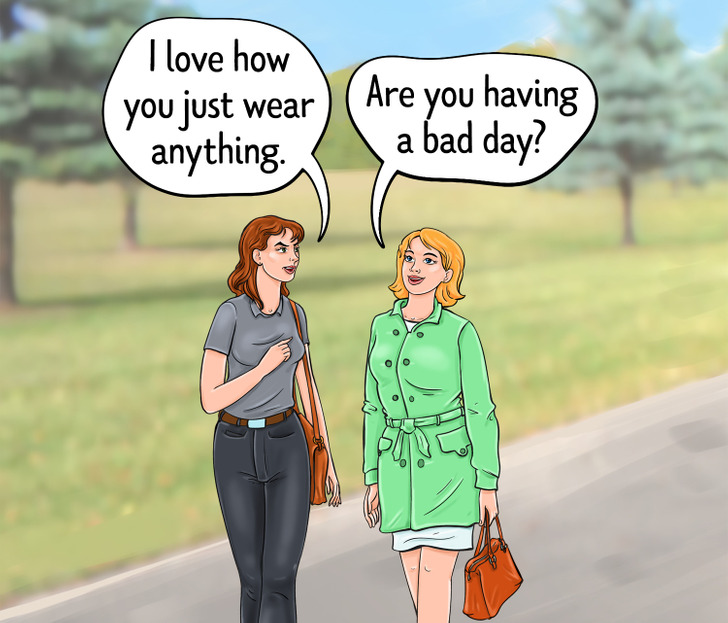 Answering a question with a question is one of the oldest tactics in the book to change the topic. In addition, acting concerned about the rude person’s behavior will remind them that they are the ones with problems to solve and that their aggressiveness is just a mere reflection of their insecurities. 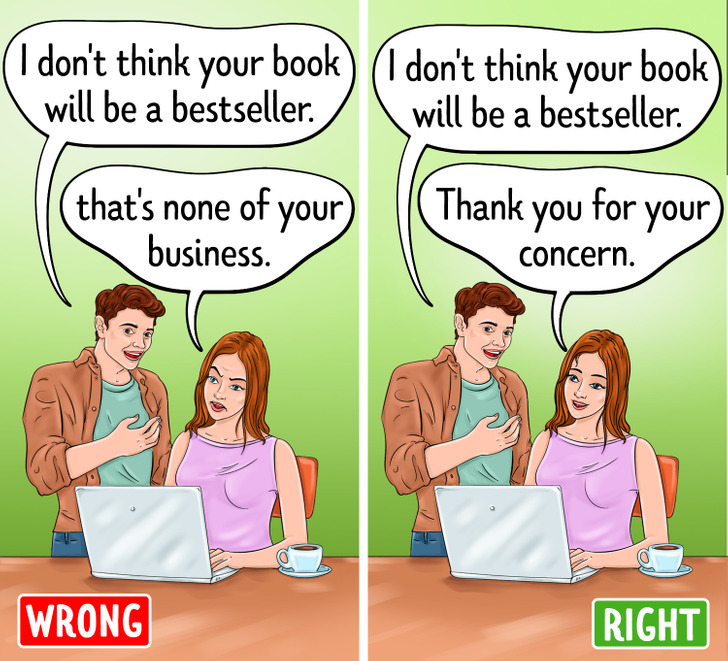 While it sounds counterintuitive to answer a rude comment with a “thank you,” this answer is one of the most effective ways to end this unwanted conversation. When you respond with a “thank you,” you acknowledge their sincerity without letting their harsh words get under your skin. 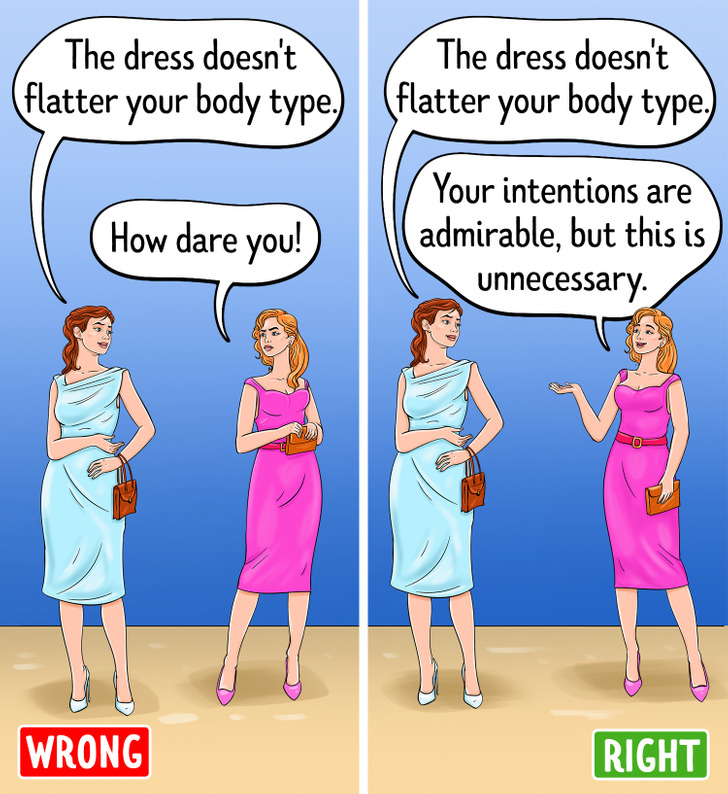 Often, people we love comment on our looks from a place of love. Little do they know, their words are wounding us on a deeper level. That’s why establishing healthy boundaries is the ultimate way to save the relationship and keep both parties satisfied.

Though you acknowledge that they are coming from a good place, you can let them know that their words are still hurtful regardless. This way, they’ll learn to be more careful with their remarks in the future.

4. Tell them that their words are of no help. 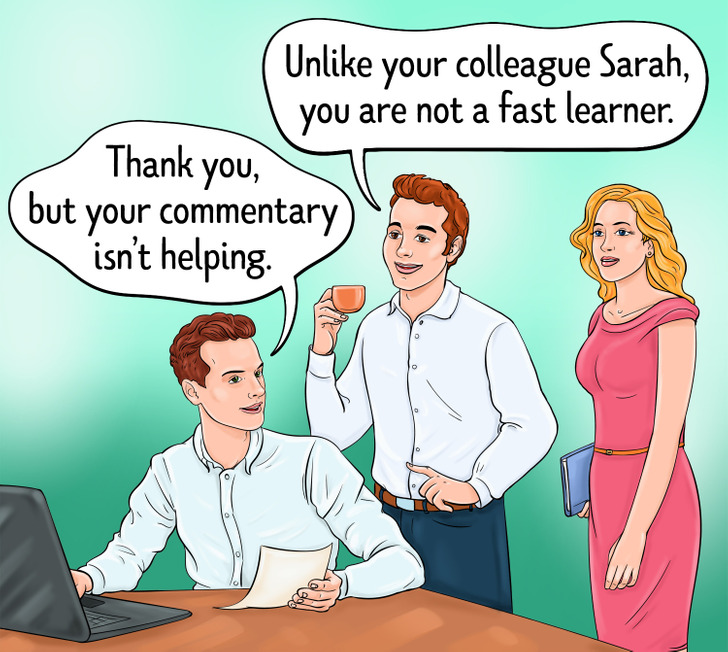 Receiving constructive feedback is one of the most effective methods to improve our skills. But sometimes, many people sugarcoat their mean ideas and present them as constructive feedback. An effective way to respond to their words is to make them realize that you understood what they said. Later, tell them that their words aren’t helping to insinuate the fact that passive-aggressive communication is rarely effective.

5. Say, “I appreciate your perspective.” 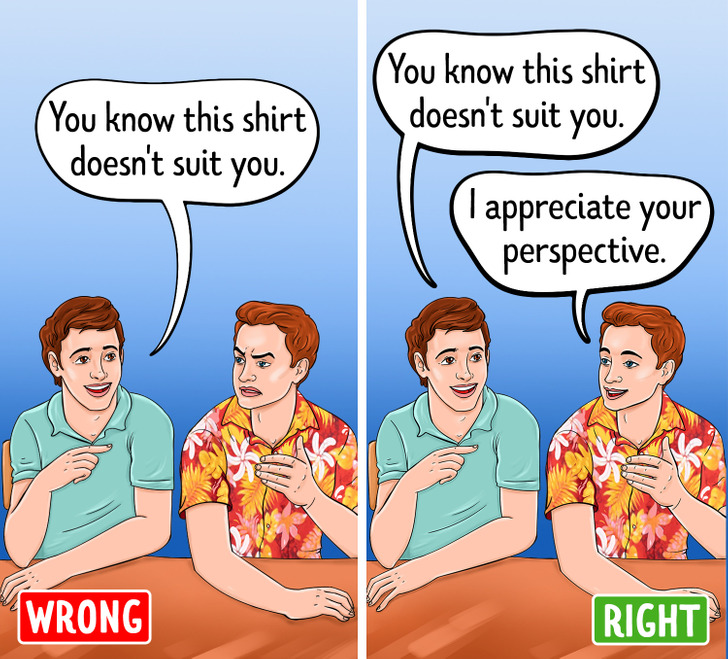 Being honest is certainly a precious trait, yet many people use the “I tell it how it is” card to tear people down with their unsolicited opinions. The response, “I appreciate your perspective,” shows how intelligent and mature you are since you responded civilly and didn’t let them drag you down. After all, at the end of the day, being honest is about being respectful and considerate. 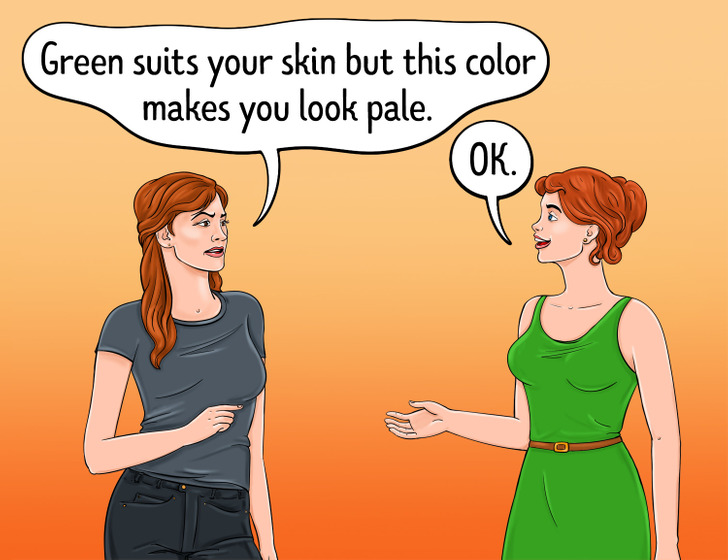 Taking someone’s backhanded compliments too seriously isn’t always the smartest thing to do. It’s possible that the person who gives them doesn’t know how to deal with their own feelings, or maybe they’re deliberately trying to hurt you. So acknowledge that you heard what they said with a firm “okay” and move on with your day. 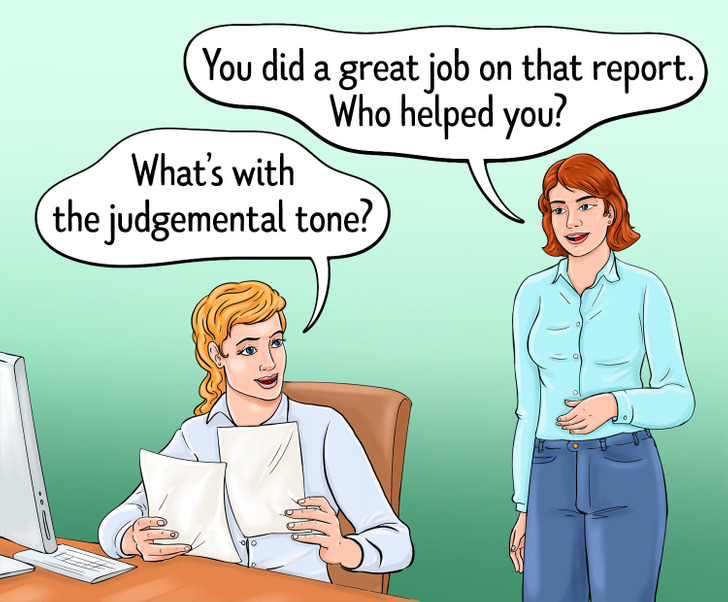 Many of us were thought to be nice to people and avoid unnecessary confrontations at all costs. But sometimes, it is best to call a spade a spade. By calling a rude person out, especially when they have a history of impertinence, you let them know that you see what they are doing and refuse to allow them to have power over your mood or actions. By disengaging from the conversation, they will understand that you won’t stoop to their level, no matter how hard they push.

8. Embrace what they said. 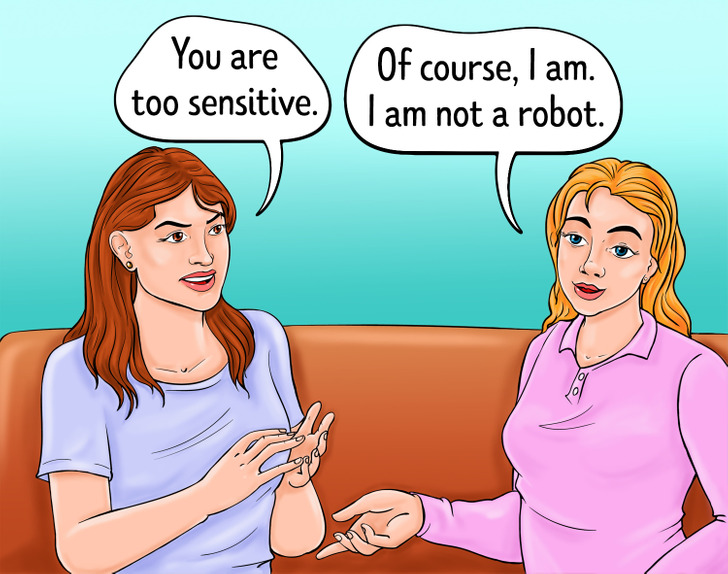 This answer is effective when someone is trying to shame you about your feelings. Comments like, “You’re so sensitive,” or “You’re so dramatic,” are undoubtedly dismissive and condescending. Reminding them that you are in allegiance with your emotions and are comfortable expressing your feelings shows a high level of maturity and emotional intelligence. 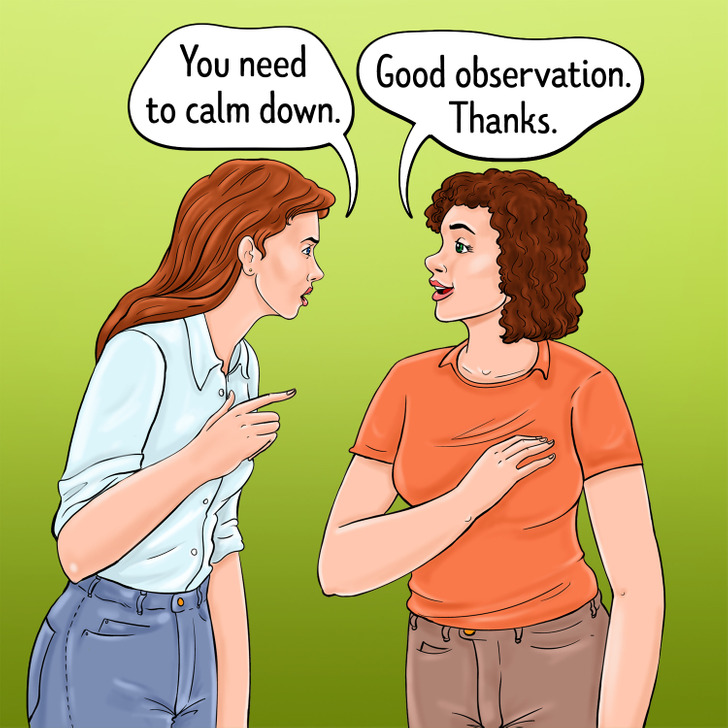 Even if it’s slightly sarcastic, it shows the other person that you’re choosing not to be affected by their toxic negativity. A sarcastic reply will also let rude people know that you are not an easy target, discouraging them from making other disrespectful remarks.

10. Ask them to repeat and explain what they said. 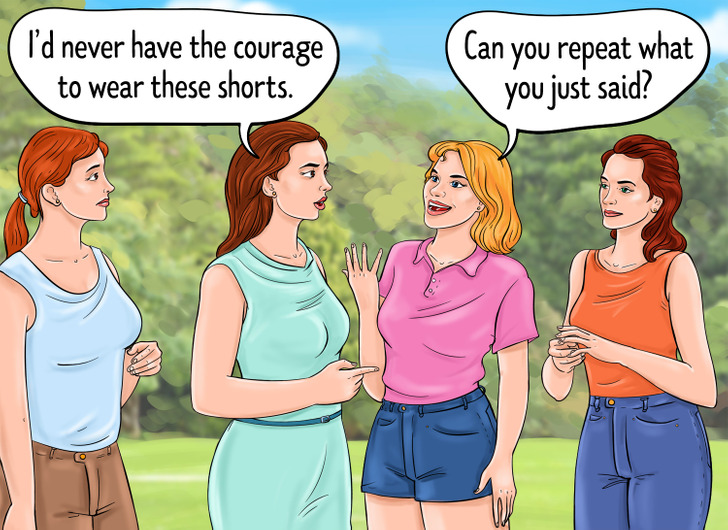 Whenever someone insults you, pretend that you didn’t hear or understand what they said. Politely ask them to repeat themselves.

Even when they repeat it word for word, ask them to explain what they mean. This way, the situation will get awkward, and they will feel embarrassed. Hopefully, they’ll recognize their mistake and try to rectify the situation.